Skip to content
HomeFor CandidatesImpact of JavaScript on Mobile Applications

The year 2020 is a globally historic year. Our world witnessed a pandemic that made us shift to ‘new’  normal. With a colorful & coordinated mask, this year gave us a new way to dress up. Social media is going viral with humorous memes. But this year also gave way to the online market. As per data from analytics firm App Annie of android phones time spent by Indians on smartphones increased by 24% to 4.3 hours per day as compared to 3.5 hours a day on average in 2019. This boosted India’s market for apps.

There has been significant growth in the App industry. India is the second-largest market for app downloads after China with 19 billion apps downloaded in 2019. Worldwide mobile app revenues have been increasing each year since 2014, and this trend is expected to continue until 2023. With mobile apps predicted to generate an overall revenue of $935.2 billion by 2023.

With this in mind, let’s look at the famous top five famous apps built using Javascript. Yes, you read it right! Built using your favorite JS.

The only app that made us switch from age-old Indian drama to new-age movie and TV streaming. Started as a local DVD subscription service by two serial entrepreneurs, Marc Randolph and Reed Hastings.

Managing millions of subscribers requires a strong tech stack. By using a Javascript framework at the backend & frontend developers reduced their work and improved the quality of the final web product. Separate APIs written in NodeJs helped the company to reduce its total development time & improve the application’s speed.

Who does not like online games? Candy Crush Saga is one of the most successful video games of all time. The colorful and ‘sweet’ game attracted the attention from the time

it was released as a Facebook web application in 2012. 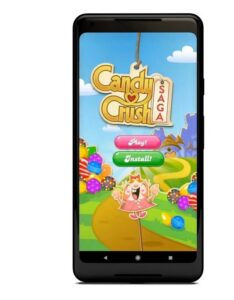 But do you know the idea for Candy Crush Saga was invented in Bathtub? King Digital Entertainment developed Candy Crush Saga. The company’s co-founder, Richard Zacconi challenged his partner Sebastian Knutsson to create the “best three-match game ever” with readily available items. Candy Crush Saga has 272 million monthly active players, and according to King’s Alex Dale, more than 9 million of them play for more than three hours a day.

The developers made use of the Javascript framework. The flexible nature of Javascript helped developers to create an application that looked and felt like Facebook.

Mark Zuckerberg’s, Facebook continues to be the important corporate supporters of the Javascript development library. Javascript’s framework React Native was developed and released by Facebook in 2015. One of the often-discussed issues is “Unnatural user interface and experience design on device.” Facebook created React Native to overcome this challenge Initially designed for IOS, now it is used for both Android and Windows 10 project.

The development team used React Native to create their mobile applications for IOS and Android. The use of React Native improved user experience and Facebook users continue to love their favorite app.

One of the most difficult challenges in India is to find an auto/taxi but
Uber eliminated this challenge and made our commuting easy. Uber’s story started in Paris. when the two friends, Travis Kalanick and Garrett Camp was appearing In the LeWeb, a yearly tech conference in December 2008.

In 2007, they both sold startups they had co-founded for millions. Kalanick first got the idea for Uber, and he assumed it as a way to lower the cost of a taxi service using a mobile app. Its services are now available in 173 countries. Uber developer’s switched to Node.Js for improving their mobile application and matching system. The Javascript framework helped to process a huge amount of information quickly. The open-source nature of the framework is important. It means that improvements are made continually and ensures that the language evolves with the user’s needs.

Linkedin changed the way we network professionally. Serial entrepreneur Reid Hoffman saw a new way of working – and built a company to connect the business world. Linkedin’s 41 million members include people from more than 200 countries. Linkedin improved job seekers as well as recruiter’s experience. The user’s Linkedin profile serves as a ‘public-resume.’ 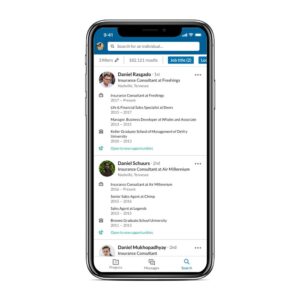 In 2012, when the company was planning to improve its mobile application, developers turned to Nodejs for better functionality. As opposed to Ruby on Rails, Nodejs improved performance & memory usage. Overall mobile usage increased by 23% once the new app was released.

The development team also benefited from the switch to JavaScript. Front-end and back-end development could now be performed by a single group. This saved the company money, improved consistency, and enabled the company to cut the number of servers from 30 to 3.

Get Confirmed Interviews with Top Companies

Leading companies are hiring top developers even during Covid!